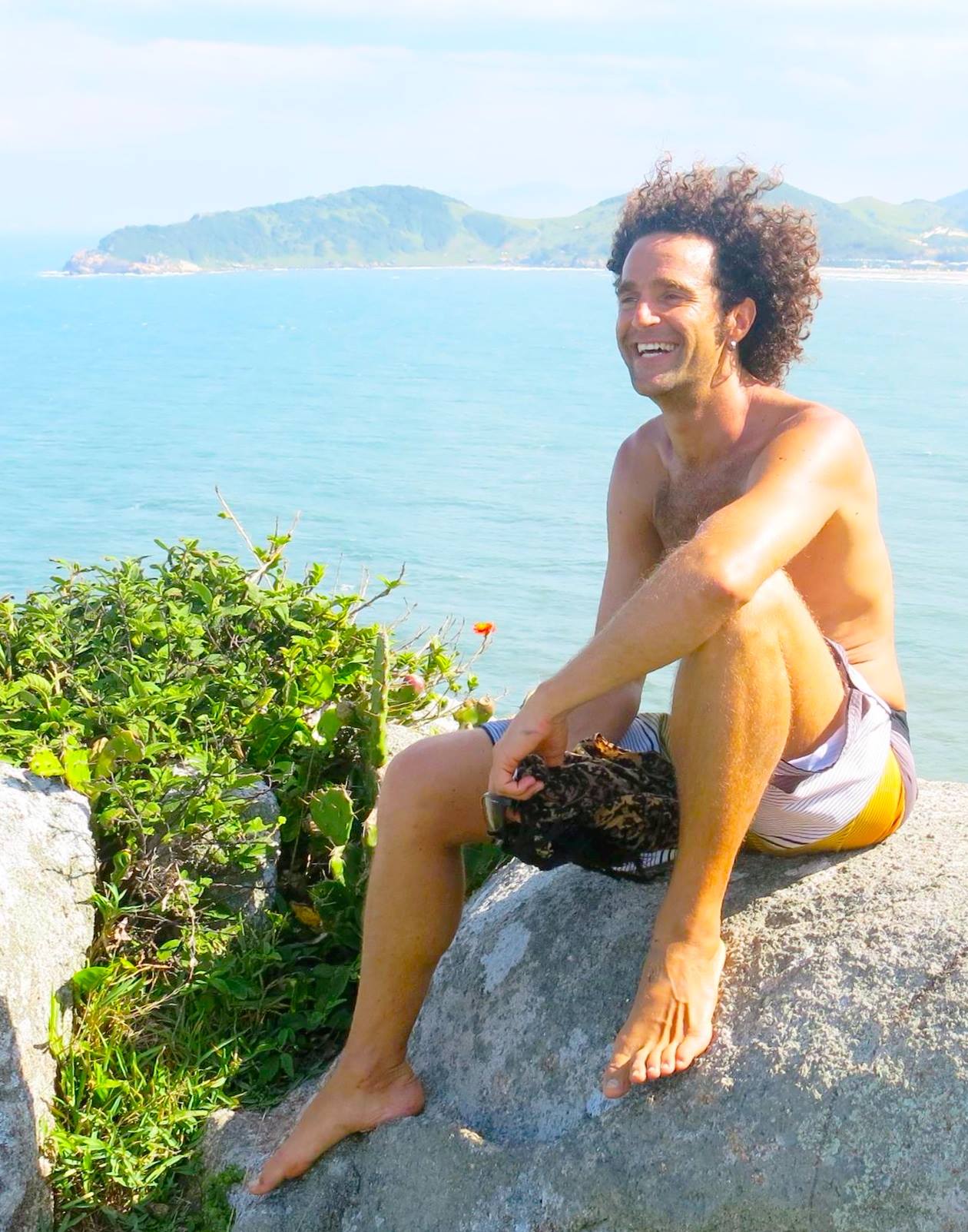 David Lurey is a native Asheville yoga teacher gone rogue. He lives an amazing life. Having grown up in this small mountain town, and leaving just before it became the Mecca it is today, David lives on an island in Spain, married to a beautiful Swiss woman, and together they travel the world playing music and teaching yoga. It’s always great meeting someone who is living his dream of dreams.

David and I met in Seattle, where he had gone back to yoga school to study with Aadil Palkhivala and Savitri. I know Aadil from my other life as a yoga prop inventor. He and his wife are true living masters.

The fact that David, who leads trainings of his own around the globe, would reorient himself as a level 1 yoga student, speaks volumes of his willingness to learn. A willingness that I believe enables him to thrive.

David and I are as different as we are alike. I really enjoyed spending a couple of hours in his company.