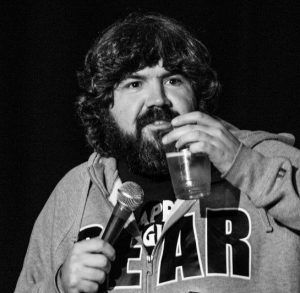 I didn’t realize he’d offer such a wealth of wisdom and creativity about how to grow professionally as a comedian. I should have, though. Chuck has been acting and performing for most of his adult life, and he teaches comedy classes at The Community College of Denver. Those kids are so lucky!

Chuck’s story is a good one. He grew up in New Hampshire, thought he was a Republican for a while, and ultimately came out to his family as both gay, and a comedian! That must have been a very interesting dinner at the Roy house! At this point in his life, Chuck is “Bearly Republican,” but he’s wicked funny. 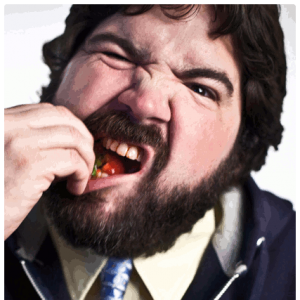 The good news is that we can all study with Chuck if we want to. He now shares all of his mastery online at Comedy 101. Whether you want to learn how to host a show, write a joke, or become a professional comedian, Chuck has answers and they’re all in one place. One of Chuck’s go-to videos for learning about Comedy is Ralphie May at the Comedy Store. You can also find him on FaceBook. He’s a fantastic resource.