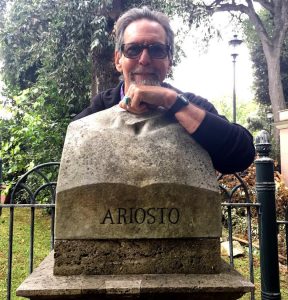 David Furman was by far the most influential professor I ever had during college. And I was exposed to a lot of great minds. I was not looking forward to meeting him, honestly, because I’d heard pretty terrifying things. It wasn’t until halfway through my senior year, just a few weeks before the end of the first semester, that he introduced himself. I forget where we were. Probably at some other genius’s art opening. But he told me he was excited to be working with me for my senior project. “What’s his game?” I thought to myself. But he seemed genuine in that moment, and so I gave him the benefit of the doubt. I seldom give anyone any benefits at all. Doubt, I’m good at.

During our first week back after the holidays, I drew the short straw. That meant I’d have the first art show of the season. 20 artists. 16 weeks. 2 galleries. The math was not in my favor. I had a month and a half to do a full semester’s work for what was arguably the most important milestone standing between me and a college diploma. I was fucked. And I didn’t have time to cry about it.

David came over to my house. I was living off campus. He looked at all my work on the walls. It was eclectic. There was no theme. An artist needs a theme. “So, are you planning to do more of this hippie shit for your senior show? Or are you ready to get serious?”

25 years later, he’s the only professor I’m still in touch with. I own one of his sculptures. I’ve met his wife. I’ve been to his house. We’ve eaten sushi together. He practically choked on a taco one day over lunch. 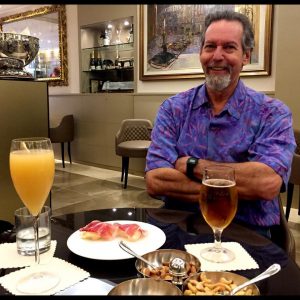 David was reluctant to do this interview. He considers himself a private person. But I am not easily discouraged. I stayed after him for over a year, flew all the way across the country, and drove through rush-hour traffic to and from his house. This was important to me and when something is important to me, I don’t let it go easily. He promised not to be overly revealing. I assured him I was just there to have a conversation. He didn’t have to answer any questions he didn’t want to. As i think you will see, David gave 100% of himself to this interview, which is exactly how he treated any student who showed even the tiniest willingness to learn.

There is a wonderful book published about David’s artwork, called, “The Artist is in the Details.” You can buy a copy on his website. http://davidfurmanart.com/index.html. I have given several as gifts and people are always blown away by what they see.

The Artist is in the Details 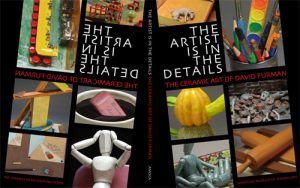