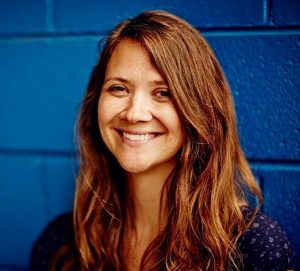 Sitting down with Grayson Morris was extremely fulfilling. She’s one of my favorite Asheville comedians both in terms of her material and her attitude toward work. She works really hard. She’s also into a bunch of pretty off-beat stuff, like puppet shows and clown school. And everything she’s learned makes its way into her act.

Grayson just shot a one-woman hour-long special called, “Am I a Weird Girl?” And talking to her begs the question, ‘Is she?’ Kind of, but also totally not. Grayson is super smart, very savvy, and completely capable of building and maintaining relationships — which is what it takes to build a career. I’ve met some weird people in my time. It’s hard to do any of that when you’re truly a weird girl.

Coming up as a new comic in Asheville has its advantages, because it’s a small town with real audiences. And that is a luxury seldom afforded new comedians in larger cities. In cities like L.A. or New York, they have so many hugely talented people there. Why go to an open mic when The Comedy Store is right up the road? 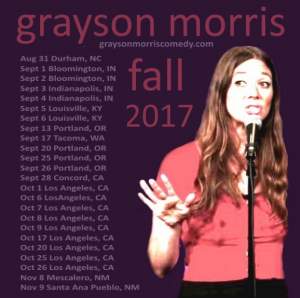 But starting in Asheville has its challenges as well. It’s a small scene with a handful of comics who’ve been here a long time. And A lot of them are super click-y. One of the nice things about talking to Grayson is that while she’s totally in with and a part of those clicks, she’s not an inherently exclusionary person. She’s kind and she’s caring and she wants the whole scene here to be amazing. And she does her part to make it that way.

It was important to me to do this interview with Grayson, because she’s leaving town shortly on a 6-week comedy tour. When she gets back, we’re going to sit down again and talk about how it went.